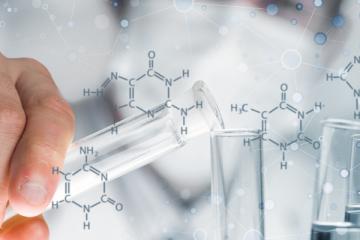 Professor G.H.A. Visser, Chair of FIGO (International Federation of Gynecology and Obstetrics) Committee for Safe Motherhood and Newborn Health speaks with Pregnancy 28 about hemolytic disease of the newborn and the work of FIGO

WHAT IS FIGO MISSION? HOW DOES FIGO WORK?

FIGO is a world organization of obstetrics and gynecology representing 40 countries. It has different subcommittees and at this moment I am chairing the subcommittee Safe Motherhood and Newborn Health. Safe motherhood means ensuring that all women and their children receive the care they need to be safe and healthy. Safe Motherhood and Newborn Health Committee mission is to improve outcomes for mothers and children. Worldwide 300 women still die each year because of the complication of pregnancy. 99% of them live in low and middle income countries.

What are the challenges facing global health?

Which are worldwide the biggest problems and are they related to mother medicine? The answer to the latter question is no. Problems are related to the prevention of infections, to nutrition. to clean water too; they have nothing to do with the most sophisticated mother obstetrics operations. They are instead related to blood transfusion. Because hemorrhage – bleeding after the birth of the baby – is one of the major causes of mortality. Problems are all in that field.

Is hemolytic disease of the newborn still a priority worldwide?

One of the priorities nowadays is still Rh disease. Infact, if you look at it worldwide, 200.000 babies die either before or after birth. About 100.000 are handicapped each year because of this so called rhesus disease. Fifty years after the introduction of anti-D immunoglobulin that can prevent this disease still all together 300.000 babies are either handicapped or die because of this disease.

What is the Rh factor and how it may affect pregnancy?

What is Rh disease? It is simple and at the same time difficult to explain it. We all have different blood types, such as O, A, B or AB. There are also blood factors and rhesus is one of them. You have it or you don’t have it. It does not matter if you have it or not. If you don’t have it and your blood comes into contact with the blood of someone who is Rh positive, then you may start making antibodies against that Rh factor. At the end, your antibodies may destruct blood cells of the one who has the Rh factor. Usually, that does not occur with blood transfusion. If someone is Rh negative, they never give him Rh positive blood or the other way around, but during pregnancy that may occur.  This happens because if you are Rh negative and your husband or partner is Rh positive, then it may be that your child is also Rh positive. If there will be some contact between the blood of the child and the blood of the mother – usually that happens during delivery – the mother may start to make antibodies. For the first pregnancy this is not usually a problem at all because the baby is already out. Nevertheless, if you make antibodies and you become pregnant again – and also the second baby is Rh positive –  if those antibodies cross the placenta they can reach the baby. They may at the end destroy the blood of the baby: resulting in anemia of the baby or edema or even death of the baby. The baby may die due to severe anemia in the uterus. If the baby does not die, there may be consequences after birth. This can happen because hyperbilirubinemia or jaundice may be present when there is a destruction of blood cells after birth. The newborn brain function may be affected, resulting in severe brain anomalies. So, that’s Rh disease: there needs to be some sensitization. There needs to be an initial contact between maternal blood and blood from an Rh positive person, when and if the mother will make these antibodies they will affect future pregnancies.  As I said, it is likely to occur during labor but sometimes it may happen even during pregnancy. It can also happen in case of a spontaneous miscarriage: also then there might be some contact between blood of the mother and the one of her infant.

What are the consequences for the mother?

Rh disease has serious consequences for the unborn and for the newborn. For the mother herself it does not really have consequences. Nevertheless, the consequences for the families are rather serious because if your baby dies then also the prognosis of other subsequent pregnancies may be poor: this happens because the mother is already sensitized. So, it may result in the fact that either we get handicapped children or more babies may die during pregnancy or right after.

Can Rh disease be treated?

In case of Rh disease, is treatment during pregnancy possible? Yes, if you know that is likely that the baby is having blood cells been destructed (the baby is anemic). During pregnancy you can put a needle through the abdominal wall of the woman, put the needle into the umbilical cord and effect a blood transfusion to the unborn child.  Those cells will also be destructed sometimes. Therefore you have to repeat it to three weeks later. Even if this represents an option for treatment, we need to know that it is an invasive option. If you put a needle in the abdomen the membrane may rupture and the mother may deliver preterm. This means misconsequences for the baby. You need to identify first indeed if the mother is really at risk of this disease.

How can hemolytic disease of the newborn be prevented?

Prevention of Rh disease is much better than treatment. Prevention is now possible. Actually, since 1968 prevention is possible. It makes mother’s antibodies not to develop or to disappear. Procedure is simple. As soon as the mother delivered and you know if the child is Rh negative or positive you act consequently.

If the child is Rh negative like the mother, nothing wrong.

If the child is Rh positive then is likely that the mother will start making antibodieshe. Therefore you need to prevent her to make antibodies.

How anti-D prophylaxis changed epidemiology of hemolytic disease of the newborn in the last 50 years?

With the introduction of anti-D immunoglobulin the Rh disease can be almost completely abolished from the world. Anyhow, annually 300.000 babies are affected – they either die or are handicapped – by Rh disease. We have a perfect therapy, we have the way to prevent it, but apparently it does not work, at least not as good as we thought that it could be. The reason is not that the therapy is ineffective, but the reason is that doctors or midwives forget to give prevention treatment. In certain countries, where the therapy is extremely expensive because it is sold only in the private market, it can happen that people cannot afford it. There are countries where they give a surrogate therapy which does not work the correct way, not as good as the real therapy works. So we still have major problems in the world: we have an effective prevention therapy but the disease is still there because we do not follow the correct guidelines.

In which countries the incidence of hemolytic disease of the newborn is still high and why?

In the so called western world Rh disease’s almost completely disappeared. However, there is a high incidence of Rh disease in East Europe. This happens because unfortunately many doctors do not give the prevention treatment or forget to give it or forget that they should give this treatment after spontaneous abortion or after other event that need it. If you go to Africa the biggest problem is that many pharmacies are been privatized so people have to buy it from a private pharmacy, where the price is ten times higher than the price here in Europe. In China they do not use it because they do not have anti-D immunoglobulin because they do not allow to import it. Incidence is rather low because there is a low incidence of Rh negative women in China, but we all know that there are many delivers in China so it would be important to make Rh disease prevention there. So, different problems in different countries.

A part from medical consequences, in developing countries is hemolytic disease of the newborn a social stigma for the affected mothers?

Rh disease may result either in handicapped babies or babies who die.  It is a preventable disease but nowadays we do not prevent it in different part of the world. If you go to Africa, for instance, where the incidence of the disease is still high, what happens if a baby dies? In a local community women can be isolated, people do not look at them anymore because they say: “look at her, she is not capable of getting a normal child!”  Usually people blame the woman not the man, so it may result in isolation and it is emotionally terrible for women.

I am already a bit old so I still remember when we still had Rh disease here in Europe, it was a terrible disease. Nowadays is almost completely disappeared. There are no so many effective therapies in obstetrics, this is one of the few that really works. There are still many diseases we have to prevent in reproductive medicine, but here we are talking about a disease – Rh disease – that can easily be prevented. So it is so sad to realize that in almost half of the cases for one reason or another we still do not use this prevention.

What FIGO can do to eradicate hemolytic disease of the newborn worldwide?

It is very important for International Federation of Gynecology and Obstetrics that this disease will be abolished soon. Three hundred thousand babies annually affected is a lot. So we have to disseminate knowledge, we have to speak to the European countries, we have to speak to China, we maybe ask China to speak with its Health Care Minister to see if they can allow to import  ant-D immunoglobulin.  In Africa is even more difficult, because there is a privatization of pharmacies: we have to find other ways to introduce anti-D immunoglobulin in a way that people can afford it. So awareness, discussion with the local obstetric and gynecologic communities, with midwives… all these will be our tasks for the next coming years.